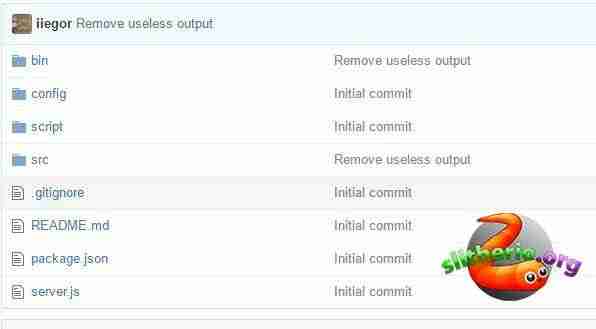 This is supposed to be an open source implementation of the slither server built on top of Node.js that emulates the full functionality of the original server.

You can get the latest stable release from the releases page. Once you’ve downloaded it, you are ready to run the following commands:

Obviously, if you want to try the latest version, you can clone the master branch but can have bugs because it’s a development branch, so don’t use it for production.

The server depends on Node.js, npm and other packages that are downloaded and installed during the installation process.

Execute this command to start the server.

If you want to install a plugin, add it to packageDependencies in the package.json with the respective version.

You can contribute to the project by cloning, forking or starring it. If you have any bug, open an issue or if you have an interesting thing you want to implement into the official repository, open a pull request.

How to Play with Slither.io Hack Extension