Slither.io is an online browser game which has gained so much popularity in a very short time after it has been first released and it seems not to lose its popularity for a long time. Everybody is playing slither.io game in which players manage snakes anymore. The most powerful reason for slither.io to have become this much popular is undoubtedly the fair competence environment that the slither.io gameplay offers players. Even a small snake can eat a big snake and it means that nothing but skills is the winner of this game. It can really be said that slither.io is a really successful game. We can see it from the numbers of players of both the original version of the slither.io game and the slither.io mods. For those who might not know anything about the game, we will explain how to play and share some tactics. 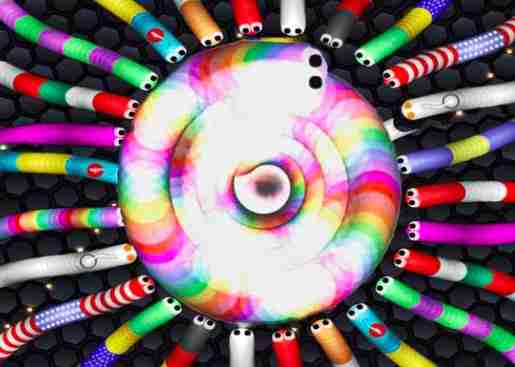 In short, slither.io is a small game in which you manage a snake. You start the game with a very tiny snake and your goal here is to reach the highest score and finish the game as the biggest snake of the game. You need to eat the shining colorful dots which players left while using their only skill, to grow bigger. And you need to eat opponents’ mass after you have killed them. To kill opponents, you have to make them hit your body by circling them, leaving your opponent nowhere to escape. But, of course, you have to choose a snake that is smaller than you.