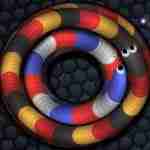 Pewdiepie started playing it a week later, on April 7th. The website Slitherio.org was created, on which you are reading this article now. The player base started growing a lot more, and more and more people started playing. As of now, the developers are still doing their best to write better code and to make the game faster and more fun for everyone. They are adding more servers for almost every country around the globe, in the hopes of making it enjoyable for everyone. 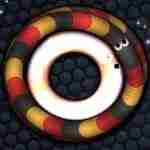 In my opinion, the game is a crossover between some games like Curve Fever, Agar.io and Snake. You are a snake that constantly moves, and you have to get other people to crash into your body. The game is so simple, yet so loved by people. And it is not even very advertised, so I expect the game to grow a lot more in the future, as more people discover it and discover the pure joy that is Slither.io.

At the time of writing, which is not even 2 weeks after the game’s initial launch, the game is already very good and entertaining, although it is lacking in some points. For example, there is no music yet, which is a much-requested feature by players. People have been requesting all kinds of things, like party play, more game modes, power ups, cosmetics like hats, more skins and a lot of other crazy and genius ideas. The game attracts a lot of creative people and inspires a lot of people.

Some people have started adding some of these features themselves already, as you can read in some other articles on this site (slitherio.org). The /r/slitherio subreddit was created, just like a userscript to play with friends. People have created various other tweaks like lower quality to increase gameplay, zooming features and viewing coordinates. This community that immediately shoots out of the ground like a mushroom really makes my heart warm up as it gives this kind of cosy feeling. 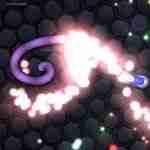 Now onto the game itself. It is a fast-paced game in which you are a snake. You kill other snakes by making their head crash into your body. Genius concept if you ask me. Very simple, and yet so much fun and so well executed. You can collect pieces of mass to increase your length, much like Agar.io, which was also one of my favourite games for a while. Simple concept, simple graphics and good gameplay. Slither is a bit simpler than Agar.io. Agar.io has some pages with serious tactics and it has got some seriously skilled players that play it. Now, I am not saying Slither does not, just that it is more a kind of “easy to learn, hard to master” thing. Not that this is bad at all.
Then you have the graphics, of which I think the same thing as with gameplay; simple, but yet oh so amazingly well thought-out and executed. The game consists of some basic elements: a simple greyish background with hexagons on it. Snakes consist of circles mashed together, and these circles can have different colours and colour patterns, which are called “skins“. You can choose whichever skin you prefer.

In my opinion, these skins reflect a kind of personality for each snake. The rainbow snakes are the friendliest. Then you have the snakes with a simple pattern like white-blue-white-blue, blue-yellow-blue-yellow, red-white or white-red, or just one plain colour. These are somewhere in the middle, they are not too aggressive, but if you attack them, they attack back. At last, you have aggressive snakes that like to have their own opinion, like every snake with its country flag, or 4chan and Reddit skins. 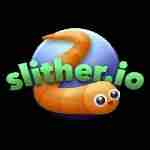 All with all, Slither.io is a nice game. It will have to grow more and thus have some features added and some bugs fixed until it will be really popular, but I see a lot of potential in this game. It has the pros of agar.io and it has improved upon that, which, as agar.io has already proven, can become a big hit.

It is a good game because it is so simple, and it is, as I said, “easy to learn, hard to master”. These elements combined, make a great game. I love playing the game because I like to imagine everyone sitting behind their computer screens doing the same, and us all being one community who enjoy getting better at the game, improving our reaction time, strategies, and thinking, while having a great time. You can enjoy this game with your friends, or alone, and think about it all day if you want to. You don’t have to of course, but growing to number 1 is an extremely satisfying feeling. You want to be better than the rest, and you can be, when you put enough effort in it. I hope you enjoyed my Slither.io review, and if you feel the same or different, or have anything other to say, please tell me so in the comments!