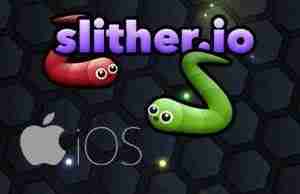 Play against other people online! Can you become the biggest snake?

Unlike other games, you have a fighting chance even if you’re tiny! If you’re a nimble navigator, you can swerve in front of a much larger snake to defeat them – no matter what size you are!

The biggest snake of the day gets to set a victory message that the ENTIRE WORLD will see!

A Few Bugs But Great!

by Awesomely awe some

There are a few bugs, sometimes we can go straight threw people and if we’re next to gigantic people going fast We lag like crazy. Next is if we killed someone about 69k+ and your 3k- you get glitches out of the game. Also non-stop playing can make it glitch out and exit us out of the game. Those are the bugs I’ve seen. But the good sides are its impossible to team unless in the same server and know each other. Also I like that were not blobs anymore???.Last of all I can kill people bye making a smaller and smaller circle untitled it’s so small they die. But you know not all games are perfect or should I say none are if you fix these glitches (The Main Glitches) I will give this game a nice beautiful,glowing not 4, over exaggerated 5 stars. ?

It’s a great game me and my cousin love to play it but we rage a lot at this game due to the lag. Because of the lag I have to get a new phone because I raged and threw it at a wall. I am doing this review on my cousins iPad because of my serious rage. I think my mother is sending me to anger management due to the serious lag in this game. Overall I think this game has some great potential. Okay so while I as playing this game I was 12th on the leaderboards and I was huge. But due to this games terrible lag I lagged out of the game(IT CRASHED WHILE I WAS ABOUT TO DESTROY ALL THE NOOBS)After that I took my phone and beat it violently up against the bed and then I threw my phone at the wall many times before my mom yelled at me for being too much of a scrub. Overall this game is great but fix the lag cause I need a new phone.

It seems like a great game.. But i have alot of lag but i still enjoy it also i would like to have a better way to control the snake,like a joystick or something like that or maybe i just dont understand how to move? well i hope there will be less lag in the future!