You can play slither.io totally with your mouse. You can give the directions to your snake with the mouse and allow it to speed up by holding the left button of the mouse. As an alternative you can also use your space key of your keyboard in order to speed up.

Always try to go to the middle of the slither.io map when you begin playing it. This area is the most crowded place as well as you will find many glowing orbs to collect in here. You can see you location from the map which is on the right bottom of the screen. 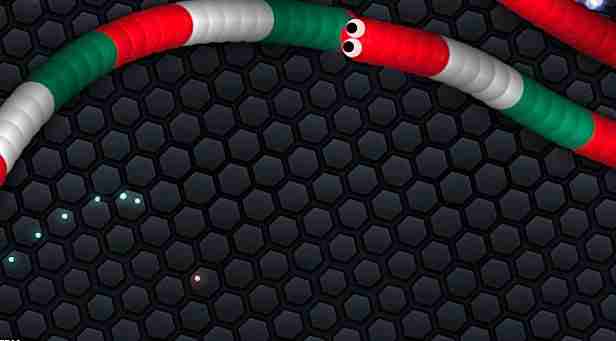 There are some moving glowing orbs on the map. These will provide you some extra points when you collect them. Thus you will grow faster in slither.io. In the event that you will find one of these, chase and get them.

One of the main events in the slither.io is that you need to slither close to the bigger snakes when you reach to a specific size such as 10k points and collect as much as points of the eliminated players. You can speed up to collect these remainings.

In the event that you will see an eliminated snake then speed up by holding the left button of your mouse and collect as much as you can. However you need to be careful to not hit other snakes while you are going fast.

Slither.io is one of the most popular games of the games which require skills and good reflexes. You can play slither.io through our website whenever you want. You can also take the advantage of your slither.io mod that provides some additional features for your gameplay. Keep in mind that you can grow faster with the help of the slither.io mod.