Get Rid of The Slither.io Lag 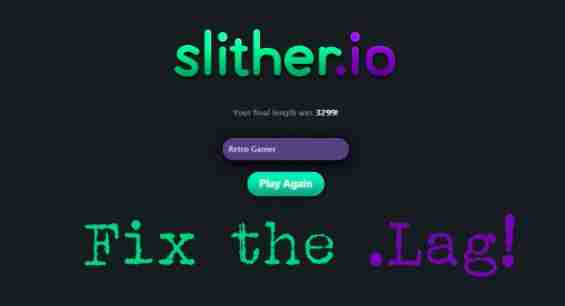 As thousands of people still play, slither.io game is an online browser game that has managed to remain as popular as it was when it has been first released. Among other games, slither.io game really is separated from the other similar games with a very tense gameplay and a fair competence environment that lets nobody but the one who uses the slither.io controls in the best way with a good strategy to win. Apart from these, slither.io modded servers in which players are offered many slither.io hacks which can be considered as additional features and extras that are not located in the original version of the slither.io game, are also very popular.