We can consider Slither.io as the advanced version of the combination of old snake game in Nokia phones and Agar.io which is also developed by the same developers, Thorntree Studios.

The purpose of the gaim is to grow as much as you can by collecting the glowing orbs however the main difference between the games is you are a snake in Slither.io while you are a round ball in Agar.io.

Your grow bigger by collecting the orbs however since slither.io is a multiplayer you will have many opponents who are real players just like you. In the event that you will hit any snake with your head then you will be eliminated or vice versa. Once any snake will be eliminated the whole points of that snake will be revealed in the place of its body which you are able to collect them. These points are open to every snake and usually many snakes rush to that area to collect as much as points they can. It is possible to unlock new slither.io skins by sharing your score on your social media accounts however in the event that you will download and play any slither.io mod you will directly have all of those skins for free. Slither.io mods are not different than the original game, in fact they are the original game which offers few more features such as free slither.io skins. 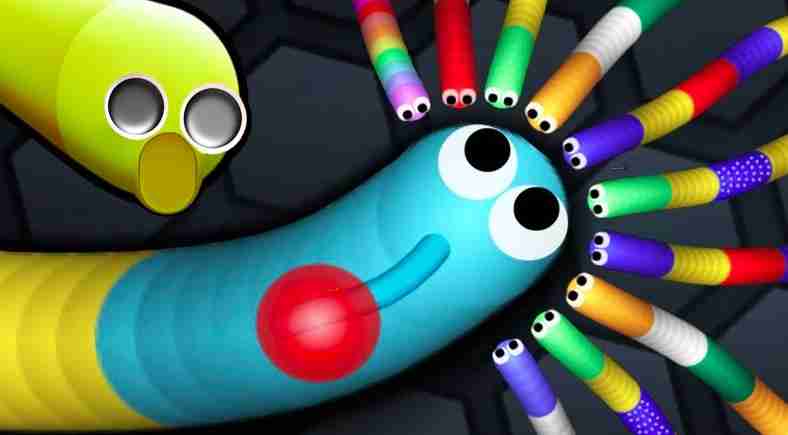 Although Slither.io is originally browser based game it is also available for smart phones as well. In the event that you are going to play slither.io from your computer then you can move your snake with the help of your mouse. You can boost the speed of your snake by holding the left button of your mouse however you should know that you will lose some of your parts while you are going fast.

In the event that you will play it on your smartphone then you can move your snake to the direction where you will move your finger on the screen. You will have to tap twice in order to speed up while playing on smartphones. Playing slither.io on mobile phones may cause some lag issues this is why those who play the game on their computer always have the advantage.