How to install user scrips in Google Chrome

Step 3: The Tampermonkey extension should be taking over and ask if you really wanted to install the script. Hit the OK button and OK button again to confirm the script installation. 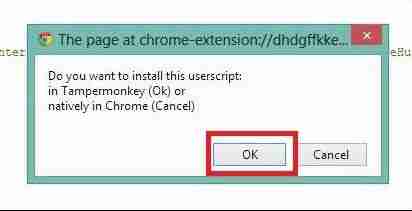 How to uninstall user scrips in Google Chrome Advices from an Addictive Slither.io Player