Slither.io can be also played on your iOS and Android devices and it is one of the best snakes games on the market where you struggle to grow bigger. However it is such a game that your journey does not end when you become the biggest snake.

How to Play Slither.io Game?

Since it is an online game you have to set a nickname at first. You try to collect the small and colorful balls on the map at first and as you grow bigger you have to eliminate other players to get their scores. In the event that your head will hit to any other snake, you will be eliminated.

Your aim is to have the biggest snake in the game. Being successful in slither.io is a thin line since everything may go upside down when you are doing good or you may be the biggest snake in game while even you were not expecting. It is full with fun and totally a free game. At the same time it is possible to customize your snake with slither.io skins. You can follow your score from the right top of the screen. 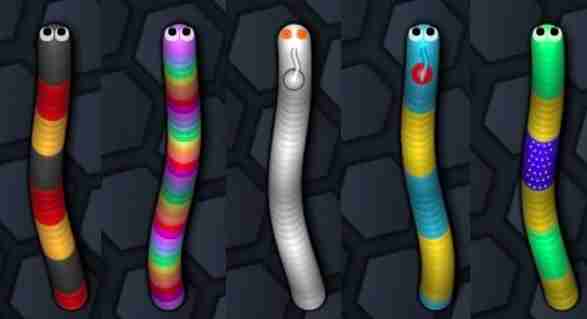 There are some slither.io tips that you can take the advantage in order to grow faster. You have to let your opponents bite you by preparing traps to them and also you have to be aware of the traps of your opponents as well. It can be considered as a different gaming experience.

Those who are bored from the regular games can enjoy slither.io well in their free times however keep in mind that the game requires an active internet connection while playing since it is totally an online game. Whenever someone will be eliminated, that snake will leave all of its points on the map and those players who will collect that balls will receive the points of the eliminated snake.