Slither.io is the simple, practical and addictive game of the recent times which is a multiplayer browser game. You only need to use your mouse to play slither.io. Of course the main goal in slither.io is to have the most score and rank number on the scoreboard. You need to eat the foods on the map and remainings of other players in order to increase your score. Then there will be some slither.io strategies to ensure a fast growth. It is possible to beat other players regardless of their sizes.

Each player controls a different snake in slither.io. You can by setting a nickname to your snake and you will be dropped on the map randomly. There are many servers in all around the world and it is possible to team up with your friends while playing with the slither.io mods. You will only have ten cells when you start playing slither.io. Your snake will go anywhere where your mouse will show the direction. You slowly grow in size by collecting the glowing orbs on the map. Smaller snakes are the faster ones and it is quite easy to avoid from dangers. Regardless of your size you can beat any player by letting them hit you. As you grow bigger in size your score will increase too in the same portion. You will not be able to grow that much quickly after a certain point and this will be the time when the things will be harder.

The middle of the map is crowded when compared with the other areas of the map and after a certain point you will have to try to collect the remainings of the other players. Their remainings have glowing orbs equal to their scores so the more you can collect will mean the more score you will earn. 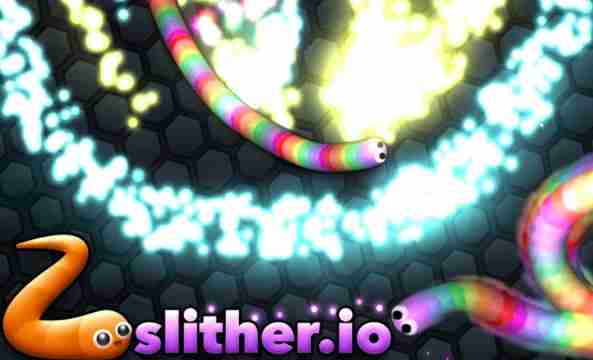 It is possible to speed up by using the left button of your mouse. However when you speed up you will start to lose some of your parts and points until you stop speeding up. You can use this feature in order to prepare traps to your opponents, let them hit you with their head and collect their scores. In this way you will be able to grow faster in slither.io.

There are some slither.io tactics that you can use while playing such as drawing a huge circle around your target and cage him or her with your body. In these times your target will have nowhere to go and will be eliminated in the area you caged him or her. You can collect the remaining points in safe however be aware for the possible dangers. Since you will become smaller in terms of the area you cover other snakes may try to use this opportunity. You can download the slither.io mods through our website and use the zoom out option to avoid such possible dangers.