Slither.io is a Great Game to Play Together with Family

It is possible to define slither.io as the combination of Agar.io game which was launched about a year ago and became very popular all around the world with old snake game of Nokia 3310 model mobile phones. In this way the old snake game which middle aged generation used to love to play and Agar.io game which is mostly played by today’s generation met in the same platform. Now families can gather and play the same game together with their father, son, mother or daughter. Slither.io is the multiplayer game which is played by the most players in the world. 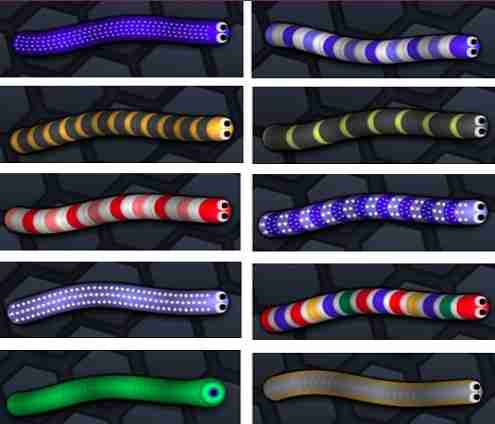 You will take you place in slither.io as a small worm and keep growing bigger by collecting the foods on the slither.io map. Do not touch your opponents with your head since you will be eliminated. You can determine your way with the help of your mouse and in the event that you will hold down the left button of your mouse you will realize that your worm will go faster. However keep in mind that the length of your worm will be shorten as you go faster. This is why pay attention to speed up only when it is needed.

Once you start playing slither.io try to grow bigger by collecting the foods on the map instead of trying to eliminate the other worms. Once you grow enough sizes than draw a circle around your opponents and cage them by using your long body. If the map is too active for you to slither around when you start playing slither.io then go to calm areas such as the edges of the map to grow. If you are not able to run away from the crowd then try to move upright. In the event that you move upright in the chaos of the eliminated players then those who speed up will probably hit you and be eliminated. Collect their remainings fast! 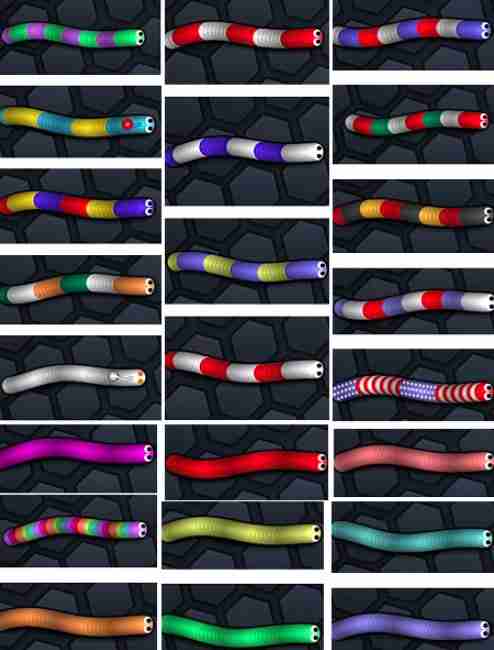 Would you like to determine the color and shape of the snake you will play in Slither.io? We have compiled the all slither.io skins for you in our images. You can determine the best one for yourself by comparing them. Most beautiful, most elegant, most interesting, most courageous, most diverse, most fanatical, most patriotic, most charming and more… You can rank in the top 10 list of slither.io with one of these skins that you like.

Do not forget to download our slither.io mod in order to unlock and play all slither.io skins for free without any payment or score share required.

Detailed Guide for Slither.io? How to Play slither.io?

Slither.io, The Continuation of Agar.io?