Play Slither.io, You Will Love It

Today we will discuss the slither.io which is one of the trending games of the recent times and have more than 50 millions of active players on a daily basis. The game is available on the mobile markets however it is still possible to play slither.io through our website. In fact slither.io designed to be a web browser based game at first.

We move just like we used to move in the snake game of our old mobile phones in slither.io. However this time the character we control and move is a worm instead of a snake.

You do not have to create a new account to play slither.io but all you have to do is type your nickname and start playing it. We start to slither.io as a small worm. You need to collect the balls that are located on the map in order to grow your size or you can eliminate other players by letting them hit you with their heads and collect their scores. You need to use your mouse in order to give directions to your worm. 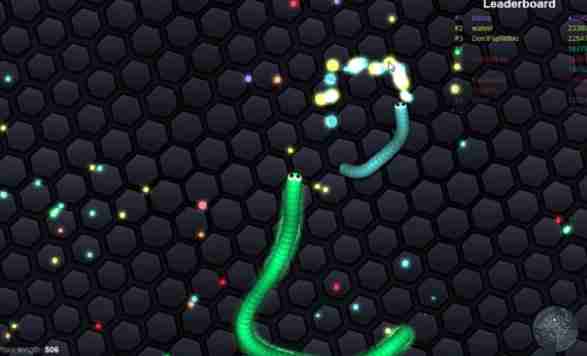 The thing that you need to pay attention in game is while we are trying to eliminate other players, there will be much more opponents who are trying to eliminate us too. And since sizes do not matter in slither.io it will be quite dangerous for us to keep our worm alive. This is why you need to follow your opponent by being aware of your surroundings in order to not be a food for another opponent.

Slither.io is quite fun to play and the interest towards te slither.io game is increasing day by day due to the similarity with the old snake game that all of us loved to play in our free times at that times.

We highly recommend you to play slither.io in the event that you used to love the snake game and had high scores. You can also try our slither.io mod which provides additional features that can provide a easier gameplay for slither.io.