Tips and Tricks for Slither.io 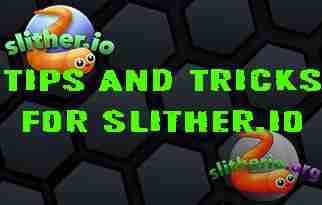 Tips and Tricks for Slither.io

Slither.io has become a pretty popular game. There even seem to be a plethora of articles giving tips and tactics to players. The thing is… They are all the same tips. Nothing original. As a frequent leaderboard maker, I thought I’d share some of my tactics starting from basic to advanced:

Boost Basic, Any Size, Neutral: You don’t see many people who don’t know how to boost. Tap the screen on mobile and use either spacebar, up key, left click, or right click on PC.

Zig-Zag Basic, Small, Offensive: Again, fairly simple yet not as common. Move back and forth in a zigzag pattern to confuse other players as to which way you’ll move next.

Circle Squeeze Basic, Medium to Large, Offensive: As a larger snake, encircle the smaller snakes so that they have nowhere to go. Continuously constrict your slithery snake body until they have no choice but to run into you.

Circle Squeeze Counter Intermediate to Advanced, Medium, Defensive: This one is pretty hard to pull off well. As the circle squeeze works by continuous constriction, simply don’t give them any new space. If you stay slightly in front of their face, they have no room to shrink the cage, therefor either keeping it at an impasse or loosening the cage. You most likely won’t loosen them enough to escape, but they might either eventually loose interest or get killed by a larger snake.

Pinch Intermediate, Any Size, Offensive/Evasive: At the edges of the map or in a crowded area, it’s a good tactic to kill pursuers by forcing them up against the body of another snake. This is akin to forcing a car against the railing in a racing game.

Head in the Sand Basic, Large, Defensive: This move is particularly useful to somebody who wants to keep their leaderboard spot. Continuously circle inside yourself, so that you are never vulnerable.

Guarding Basic, Large, Neutral/Defensive: Instead of going directly for all of those delicious looking Worm remains, circle around the lions share of the dots. This allows you to comfortably get all of the points without worry of scavengers.

Partial Guarding Basic, Medium to large, Neutral/Defensive: If you aren’t long enough to circle the lion’s share or simply don’t have enough time, create a straight wall with your body to keep others at bay.

Cause Suicide Advanced, Large, Stealthy: If nearing player with the same skin and a similar size, stay just out of their view and try to trick them into hitting your body. This method relies on the other player thinking it’s their own body. If you suspect somebody is doing this to you, simply boost- If it don’t glow, now you know.

Feel free to share your own Tips and Tricks for Slither.io. I’ll add new ones as I come up with them.