The Search Queries of “Play Slither.io” and “Play Agar.io”

Agar.io madness started towards the end of 2015 which gave up its place to Slither.io with April, 2016. Well, which was the winning side in the comparison between each other? You can learn the detailed answer by reading the following of the article.

Agar.io and Slither.io has become a huge craze in all around the world and plyed by millions of people and the competition between them continues. The game passion began with Agar.io and had a huge boost towards the end of 2015. Agar.io game which managed to rank among the world’s top 500 sites, renewed itself with a similar game called Slither.io in April, 2016.

According to Alexa which shares international internet statistics data, Agar.io is the 725th most visited website in the world as of today. It used to rank among the world’s top 500 sites before. The Slither.io website which became famous starting from April, 2016 managed to be the most visited 268th website according to Alexa. One of the main reasons why Slither.io gone viral is due to it is as easy as Agar.io and it causes more ambition each time you play Slither.io. 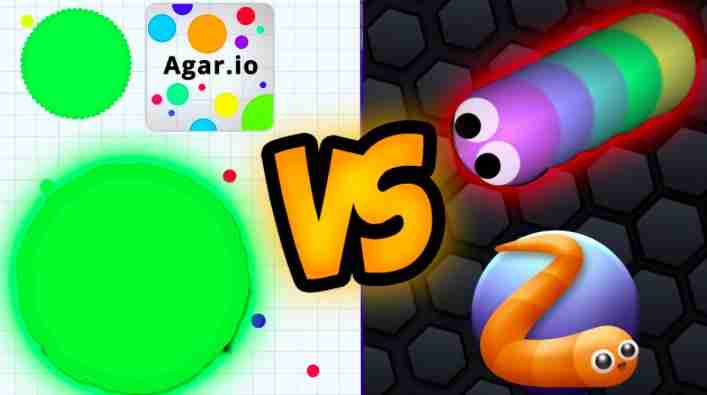 Data received from the world’s largest search engine Google confirms the data of Alexa. So that, when we compare Slither.io and Agar.io in Google Trends service which is created on the basis of statistical data of Google, the results do not change. While Agar.io managed to reach its highest search volume in July 2015, Slither.io reached to its highest search volume in May, 2016 and the search queries almost doubled the Agar.io.

According to many experts, the main reason why both of these games reached this much queries are due to ambition factor. Players are able to reach higher positions in a very short time as well as lose in the same pace. This is why Agar.io and Slither.io players always want to try once more. The main goal is collecting the glowing orbs on the two dimensional map and grow bigger. There are several servers in both of the games and each players try to rank in the top 10.

Slither.io Continues to Increase Its Popularity