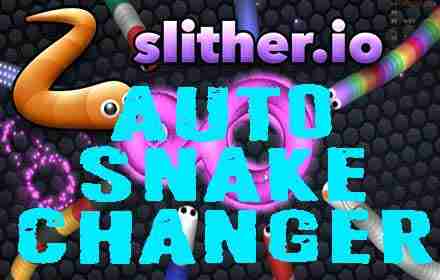 The Slither.io mod is a script that modifies the Slither.io (slither io) client that rarely needs updating, and doesn’t contain any cheats. This was originally a Tampermonkey script, but we created an extension for ease of access.

If you are feeling a little bit mean, you can choose to take the unfair path and choose to modify your game with hacks or advantages. This way, it is easier for you to win, at the cost of other players! No need to have skill, you just install Slither.io hacks and voila! Easier to see players for example, by zooming out. This way, you see them earlier than they see you, and this gives you an advantage.

If you are looking Slither.io Mods “slither io” “slitherio” for modifications of the game, which aid you in playing, but do not give you an unfair advantage, you can check out this category. Here are things such as graphics quality mods, connect with friends mods and background changers and more skins. Without giving you an unfair advantage, they are nice modifications to the game, so check it out!

Everything You Need to Know About Slither