Slither.io Gameplay Is Distinguished From Others

Slither.io is undoubtedly is one of the most played and downloaded online browser game with its slither.io gameplay, which is thouht to be very easy by the people who plays it for the first time but sooner it can be realized that it is not a children’s game. As the slither.io controls are extremely easy that people from any ages can handle, it is sooner understood that slither.io gameplay is actually more intense than people think. Yes, the slither.io controls are easy but it really gets hard to decide which button to press in the hot moments of the game. 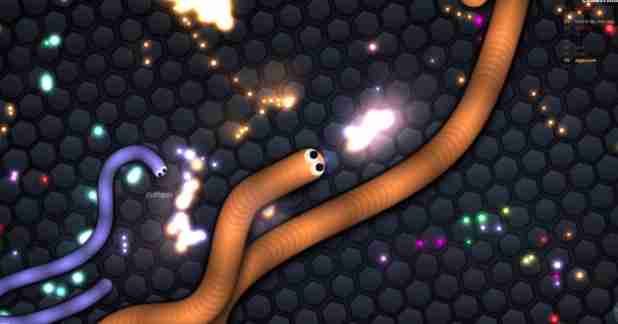 Considering that you have started good and ate the colorful dots around to grow bigger and managed to take the first place, it is really difficult to stand there. Because slither.io gameplay has been designed in a very balanced way so the game progresses fairly. Even a tiny snake can beat a huge one with an instant rush, making it hit the mass it drops. Anyway, if you want to win this challenging but fun game for at least once, you need to follow a good strategy. As mentioned, keep eating the colorful dots around and stay away from fights at the beginning. After you considerably grow, try to eat smaller snakes by circling them by pressing the left mouse button in order to make it hit your body.

The real action of slither.io gameplay starts here. You need to eat all the mass that the opponents you kill leaves, before lots of opponents besiege you. It is very easy to be killed in the confusion, so try to play patiently. Then you need to stick to the edges in order to create escape possibilities for you. Don’t attack too much. Wait your opponents to make a mistake.

There Are Slither.io Mods You Can Enjoy More